“Whether it’s the story of Caesar or Gandhi or the Rotary Club, it starts off as something very small”™, and this bunch of posts you see below not only began the same way and also remain the same — small and silly.

These posts were triggered by a sleepy-eyed morning set of tweets which themselves followed a typical Kamal Haasan — Gzhand to all of us — interview that had appeared in the papers.

The interview didn’t disappoint us as it was interesting, funny and, of course, comfortably confusing and confounding. And our response was typical us — pointless. Anyway, in the melee of exchanges we decided that we would attempt a reverse MMKR —- four different us trying to play one Kamal — in a sphere that we mostly operate.

In the event, it was planned that the well-read and ever enthusiastic @cornerd would ‘peterfy’ on cricket, the irrepressible and multi-talented @krishashok would basically Jalsa/Jilpa, the pioneer satirist on the interwebs @bigfatphoenix (whose coinage was ‘gzhand’) would hold forth as gamer Kamal and me (@kbalakumar) coming up with a Nolanesque spoof on Kamal by a person known to Kamal as Kamal.

And @Krishashok typically added to his offering, using his brilliant photoshopping skills, a bunch of DPs that would go with the story and also matching Kamal and also us. In this image makeover, he carefully made the resolution lo-fi, ‘keeping with Dasavatharam makeup standards’.

And before long, the posts were ready, but we have decided to make the post of @bigfatphoenix the Vishwaroopam 2 in the mix —- you have to keep guessing as to when it will release.

Madras may have become Chennai, but I still live in Alwarpet: Kamal 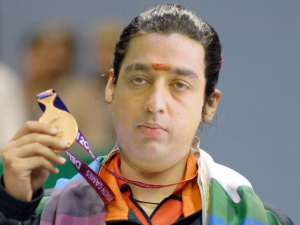 People often ask me if I like cricket. Of course, I like it. The glorious game popularised in the Victorian age almost as a religious vehicle, finds its role reversed today in one of its earlier colonies. They say cricket is a religion in India, but, I, being a rationalist refuse to use that cliché for the same reason I refuse to call Karamchand Gandhi as Mahatma. We need not equate cricket to spirituality to glorify it just like how I need not be called Ulaga Nayagan to be put on a pedestal. My body of work is a testimony to that.

We were fortunate enough to have revisionist historians like Derek Birley to question the institutional propaganda of cricket as a glorious gentleman’s game. Where are the Birleys of today? In fact, it took an American to write the next such book on cricket. Do we not care about history anymore? Of course not. But most of our history is confined to bar room conversations and mostly unread blogs. Bharathiraja took us out of the studios, Ilayaraaja introduced western music to our cinema, I see no reason why Anantha cannot do the same in cricket?

They say IPL has brought new riches to cricket. But Dhoni is worth more than LeBron and Messi put together. The problem in cricket is we set the bar low. It is like our toddy, we cannot bottle it. We have not thought of it. What we harvest, we eat. And we are fighting over who gets to eat more. We need to expand our horizons. As Shakespeare said, all the world’s a stage. We can use that stage to showcase even Sivagami Sabadham, so why not our Raja of Palayampatti shield?

We need to take cricket to China, Japan and America. There will be vernacular constraints. They may not like masala dosai, but if crêpes can become popular in Japan, why not cricket? Some things will be lost in the export. The idea is not to replicate an Ashes between US and China. Madras may have become Chennai, but I still live in Alwarpet.

I should just stop thinking about culture: Kamal 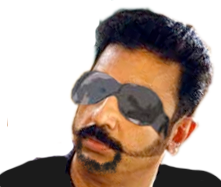 Jared Diamond once wrote an entire book that elaborated what Samuel Huntington conveyed in one pithy sentence – that the West won the world not by the superiority of its ideas or values or religion but rather by its superiority in applying organized violence. Westerners often forget this fact; non-Westerners never do. But to reduce the post-colonial zeitgeist to a Hollywood friendly Guns, Germs and Steel is to not catch my larger point, if you know what I mean. My good buddy Barry Osbourne, who produced Lord of the Rings once told me about how the cultural domination of America is a far more powerful weapon than any bunker buster dropped on brown people professing to a different monotheistic Abrahamic faith than the one the founding fathers did.

The heavily armed elephant in our era’s cultural war room is actually the English language. If I tell you that the language belongs to the British, the Welsh will take offence because as you know, Great Britain includes Wales, Scotland and England. If I tell you that it belongs to the Americans, the rest of the world will take offence because the only culture perpetrated by the Americans grows in a petridish and is a biological weapon. So every time I think about this problematic language, I have to worry about who takes offence and I sometimes get the feeling that I should just stop thinking about culture.

But what is English really? The Germanic infused guttural sounds that the Anglo-Saxons bought to Great Britain was also English. Shakespeare broke every rule in the grammar book and conveniently invented thousands of words that did not exist in the language before he decided to use them and now we hail Bill as a paragon of the language. About a century and a half ago, the invention of the Telegram cut the verbose and prolix underbelly of the English language just to save a few dollars on transmission costs and we accepted it but when kids cut vowels and dispense with grammar, we raise our pitchforks and rally towards the naive cause of “saving English”.

For what’s it worth, I am a self-made, self-taught auteur-savant who comes unburdened with the frilly gowns of formal academia and I speak the language in a way my fans understand it. If you catch my point, good for me and if you don’t, then it’s besides the point anyway. 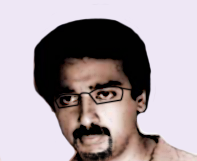 When it was mooted to me that I provide a commemorative satire piece for a fun blog attempt, it didn’t take me much long to decide that I was better off spoofing myself, not because Kamal knows Kamal well — in fact Kamal may know less about Kamal than he does about Karamchand —- but because Kamal has had experience in trying to be what Kamal had tried to be.

In Michael Madana Kamarajan, there is a segment where I, as the character Raju, double up for Madan, which is also a character donned by me. In essence, I, in a role played by me, (double) played the role that I was already playing, if you get my drift. And then there were Kameshwaran and Micahel, who too tried to recreate Madan. If so many different versions of Kamal can play one Madan, can’t one Kamal reprise the man who played the very many Madans?

It is also a confidence born out of the equipoise that I can’t be all that bad when I am attempting to be me.  But when I am acting to be myself am I acting or living life? It is a question that I have been asking myself after watching Yousuf Saheb, the man who, of course, played both Ram aur Shyam simultaneously. But in this country some also accept that Ram and Shyam are the different manifestations of the same ‘One’.

If one can be two, can’t two be one? No, I’m not propounding Adi Shankara’s Advaita. For us, who chose to trod the kallum mullum of Periyar paadhaai, the true magarajothi is the incandescence of informed impressions. We rationalists will only point to the fact that ‘Adi’ itself is composed of ‘a’ and ‘di’ which is the prefix for ‘two’ in the pantheon of the religion that we unapologetically swear by — science.

And in the community I live in — whose caste is in being casteless — the film industry, there is a Shankar, too, who made Indian, which we all are. The same Shankar is now making I, which is individually needed to make the we.

So Science and society tell me, and of course you, that two is just ones in two. Plural is singular and singular.

But am I Kamal, the symbol of the party that has been voted to power of this nation, or Haasan the Indian who was once stopped by the Canadian immigration for the sound of his second name?  Don’t think I am talking politics. Politics is anathema to me. But you end up talking politics when you set out to avoid it. This was what happened to me with Vishwaroopam. But I, like every adult in a democracy, am a political animal, even though there is no politics among animals.

As Whitman said, I am a man of multitudes. But how to identify the many me-s in me? Or, to put it differently, how do you tell Madan and Raju apart? You can’t. Neither could Bheem.

That makes my effort at least, to borrow a line that I had given to Madan, ‘just pass’.

(Disclaimer: As we said, the whole point to these pieces is that there are no points to them. Just like religion, as Gzhand would say)

Get in touch via

Get in touch via

In this season of placements, this week’s column looks at what it takes to land yourself a job and what...